Victory In Sight, the second album from Rough Settlement, shows the band in a brand new light with improvements on all levels. Stronger songs, tighter playing, more interesting arrangements, better production and vocalist Rickard showing his abilities in a completely different way.

Filler-free, what you get are eleven songs with diversity, from the fine tuned ballad As The Snow Fell to their heaviest effort so far: Hell In My Head. For the first time bass player David Eriksson has been contributing to the songwriting, giving the album even a better spread, making it worthwhile to listen to over and over again. Just listen to Society’s Way and you’ll understand what we’re saying. Also, multi-talented vocalist Erica Sjöström is making a guest appearance on A New Tomorrow adding another level to Victory In Sight.

If you enjoy heavy rock from the past, today and also want to see what the future holds, then you have Victory In Sight.

The album will be released on CD and digitally, for streaming and download, on January 6th. 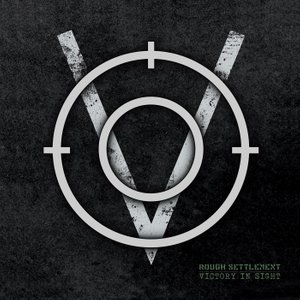 A New Tomorrow, the first single from the upcoming second album, will be available on March 5th for digital download and streaming. A New Tomorrow features lead vocals by Erica Sjöström from the successful Swedish band Drifters. Although being a duet, with Rickard singing leads as well, it’s not a typical balladesque rock song. Rather is a pretty straight forward mid-tempo rock tune with a powerful chorus, which blends perfect with the fluent lead guitar parts of Johan. With Erica’s dynamic and beautiful voice you’ve got the six best minutes of Rough Settlement so far. 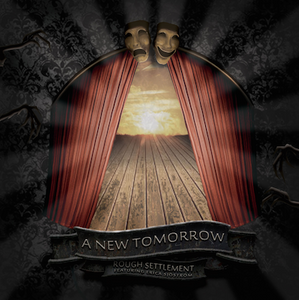 Last night Rough Settlement played in front of a full house at Picther’s in Uppsala, Sweden. Below you fill find a selection of pictures from the evening as well as a full length video of Better Late Than Never from the album 2013.