Inspired by the rock music of the 80's and 90's, stretching from heavy riffs to powerful ballads, they aim to take the listener back to a time when music was real and there were no shortcuts to be taken. In 2012, Rough Settlement was founded by lead vocalist and guitarist Rickard Mattsson. With all material for the debut album ready, and with all the positions filled, they headed straight for the studio and recorded “2013”. Now they are ready for the follow-up album. The first single A New Tomorrow featuring Erica Sjöström from Drifters will be release on March 5th.

The rise of pop and rock, and for the first time youth culture, was truly the start of a golden age. This golden age lasted for quite long, but as always   a (musical) medieval era lurked around the corner. Thankfully the dark ages, in many ways a wandering time, was  followed by the more glorious, spiritual and intellectual interesting renaissance. Referring back to antiquity, selecting valid ideals and slightly reinventing it, while also adding new blood, the renaissance became a new golden age. Leaving you with that resemblance, you ought to know where Alone Again is heading and what our musical, lyrical and intellectual ambition is.

The Eurovision Song Contest limitation for songs not to be longer than three minutes really suits this band well. They like to keep it short, despise guitar solos and love to sing about absolute nonsense. Nah, but lumberjacks, Fender Stratocasters in drop tuning and the roar of bearded beer-drinkers lead you closer to the core of Alonzo. 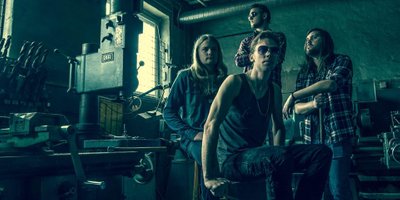 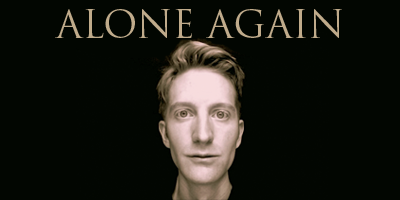